The Commonwealth Climate Finance Access Hub, established in Mauritius in 2017, under the leadership of Bilal Anwar, its General Manager, the Equilibre Arundo to Bioenergy project was found to be an ideal “mitigation” solution that would warrant replication in many other member countries to address the Global Climate Change agenda. The collaboration is an excellent opportunity for Equilibre and the Commonwealth Climate Finance Access Hub in defining a viable sustainable development strategy, combining financing and know-how for the implementation of renewable bio-energy projects for many Commonwealth countries. 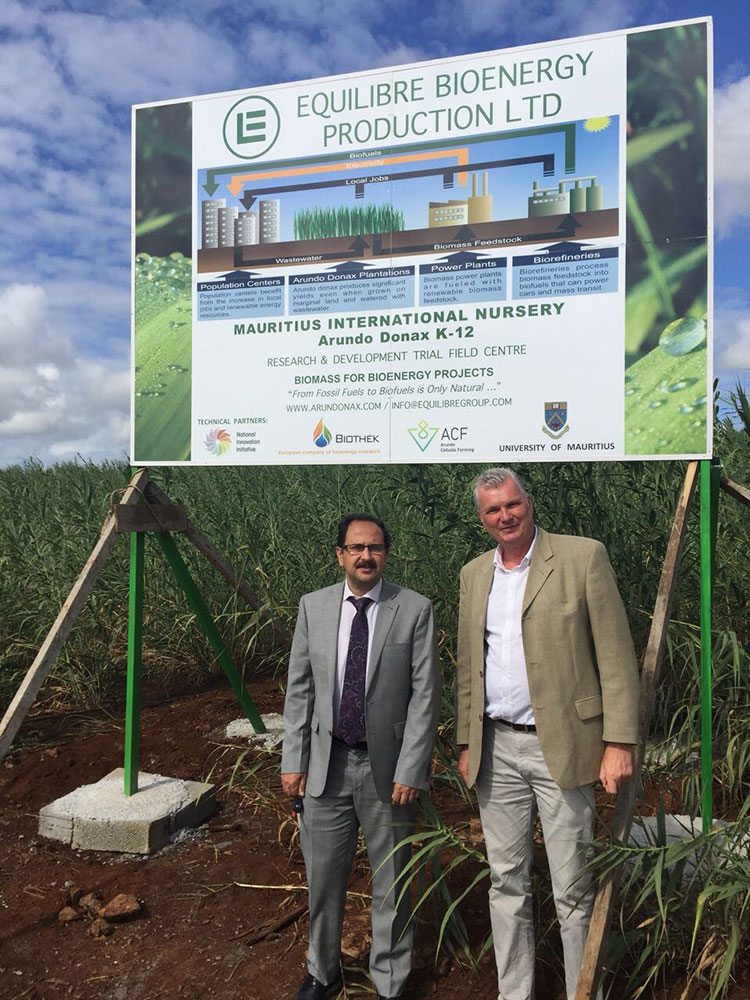 Climate change and the Commonwealth
Climate change is reversing progress on poverty alleviation, economic growth and stability across the world. There is compelling evidence that small states and least developed countries are already suffering the impacts of climate change in a disproportionate way.

The Commonwealth Climate Finance Access Hub – Introduction
The Climate Finance Access Hub (the Hub) is the Commonwealth’s response to the ongoing and future threats of climate change to its member countries. The primary aim of the Hub is to help small and vulnerable countries access international sources of climate finance to meet their priority adaptation and mitigation needs and realize their sustainable development goals.

The delivery mechanism for the Hub involves the placement of long-term climate finance experts in beneficiary countries and regional organisations to build capacity for enhanced access and effective use of private and public climate finance resources.

The services of the Hub are demand driven and a network of long-term national and regional advisers support the countries to develop transformative projects required to access funds and support institutional capacity to deliver on climate finance.

Structural design of the Hub
The design of the Hub is based on the “Hub-and-Spoke Model”, which is a system of interconnections characterized by a central hub and regional spokes (experts) linked with nodes – a cluster or sub-regional inter-linkages or national level mechanisms connected by multiple networks. Consequently, other players technically and professionally support every node in the system.

Currently heading up the newly established entity ‘The Commonwealth Climate Finance Access Hub’, with headquarters in Mauritius abd country support programmes in number of Commonwealth member countries. The goal of The Commonwealth Climate Finance Access Hub is to provide technical and capacity enhancement support to small island nations, least developed (LDCS) and other climatically vulnerable countries in facilitating their access to interantional sources of climate finance.

Previously, served in ‘United nations Framework Convention on Climate Change (UNFCCC)’ from 2000-2010 in Bonn, Germany, as a Team Leader, in providing policy options and operational approaches in the inter-governmental climate change negotiations process and in developing the methodological and technical mechanisms in the development of Global Carbon Market. During this period also led the UN Climate Finance and Capacity Building Programme for the developing and climatically vulnerable countries of the world.