Approximately 10 percent of energy use worldwide is derived from direct or indirect combustion of biomass, providing as much energy as hydro, geothermal, solar, and wind combined.

Energy produced by combustion of biomass or biomass-derived compounds is bioenergy, of which liquid biofuels are a small subset. In 2013 some 110 billion liters of biofuels were produced worldwide. About two thirds of the volume was ethanol produced by fermentation of sugars from corn and sugarcane, and one third was biodiesel, mostly fatty acid esters from vegetable oils (IEA 2015). 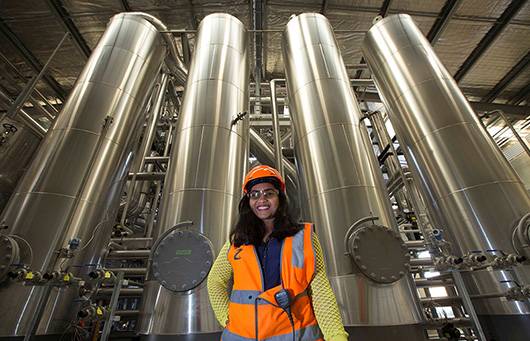 A recent analysis of 80 studies suggests that bioenergy production could reach 20 percent of all energy use, which is equivalent to the total energy used today in transportation (Slade et al. 2014). While estimates vary greatly, depending on assumptions, the key point is that biofuels will compete with other land uses. This has generated concern that biofuels will displace food production or semi-natural ecosystems.

Approximately 21 million hectares (Mha) of land were used for production of biofuels in 2010 (Langeveld et al. 2014), about 1.4 percent of the 1.5 billion Ha currently used for crop production. Most of the biofuels were produced in the United States and Brazil, but 60 other countries have implemented biofuel mandates or goals (Lane 2013). The projected expansion of biofuel production at 2.7 percent per year from 2010 to 2040 (EIA 2014) implies an increase in the amount of land allocated to them rather than to food, feed, or ecosystem services. Given estimated population growth and possible threats to biodiversity and ecosystems, some believe that public support for the use of biofuels is misguided. At the same time, concern about climate change has stimulated interest in the development and deployment of technologies for biofuel production to reduce net carbon emissions from the use of liquid transportation fuels.

Most proponents of cellulosic biofuels generally place a high value on food security and ecosystem conservation and share concerns about competing land use, but consider climate change a larger threat to food production and the environment than biofuels because it is not possible to control which hectares are affected by climate change whereas humans can decide which hectares are allocated to biofuels. If biofuels reduce GHG emissions, it will be worthwhile to allocate some land to achieve that benefit, especially if combined with carbon capture and storage (IPCC 2014).

Moreover, a significant amount of land that is not used for food production, or is used very inefficiently, could be used for perennial biofuel feedstock. For land that has fallen out of row crop production, the planting of productive perennials, (such as ARUNDO DONAX), or miscanthus, would add positive ecosystem services; for example, their productive root systems would protect against erosion and add more soil carbon than if the land were simply left, grazed, or planted to trees (Dohleman et al. 2012). 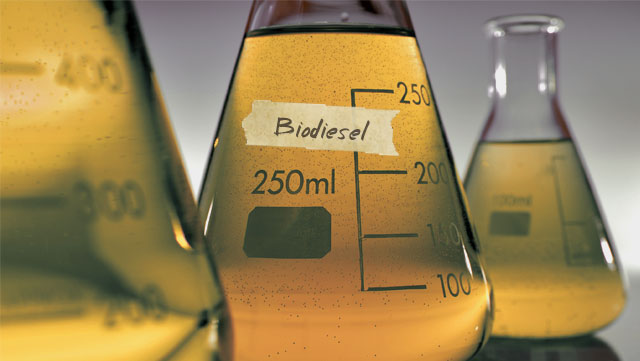 Studies of historical land use have found that more than 500 million hectares of previously farmed land have been abandoned (Cai et al. 2010; Campbell et al. 2008). Such abandoned land is usually of poor quality, making it attractive for biofuel feedstock production. Ligno-cellulosic fuels can be made from plant species particularly adapted to growth on marginal lands, without the need for large inputs of fertilizer, energy, water, or agrichemicals (Davis et al. 2014a). In addition, approximately one quarter of the terrestrial surface is used for grazing. Is that really the best use of so much land?

Overall it appears likely that food-based biofuels, other than sugarcane, will gradually be displaced by advanced biofuels, (produced from effective energy crops alike Arundo Donax), that will significantly contribute to the goal of reducing GHG emissions associated with transportation. Although such fuels will probably not scale to a complete solution for decarbonizing the energy used in transport, they have the potential to be a major part of the solution.

[Extract obtained from the National Academy of Engineering: The Future of Biofuel and Food Production in the Context of Climate Change and Emerging Resource Stresses.]

CHRIS R. SOMERVILLE IS THE PHILOMATHIA PROFESSOR OF ALTERNATIVE ENERGY AT THE UNIVERSITY OF CALIFORNIA, BERKELEY. STEPHEN P. LONG HOLDS THE GUTGSELL ENDOWED CHAIR OF PLANT BIOLOGY AND CROP SCIENCES AT THE UNIVERSITY OF ILLINOIS AND IS DIRECTOR OF THE GATES FOUNDATION PROJECT ON REALIZING IMPROVED PHOTOSYNTHETIC EFFICIENCY.